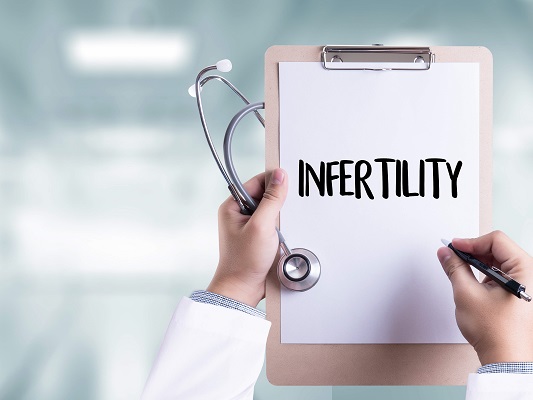 Present India is no more celebrating the joyous ride of successful childbirth. The reason is the rising incidence of infertility which is utterly alarming, especially in the urban areas. As per an estimation of 2013 World Bank about the decrease in fertility initiated taking India as the subject, has got a steady 17% decline since the year 2000. The current scenario depicts that the issue of infertility is spread around approximately 10% of those couples who are trying to give birth to a baby. In a broader view, out of roughly 250 million individuals attempting parenthood, at least 13 – 19 million couples are facing infertility.
PCOD – a potential reason behind women infertility:
The causes of infertility in women involve the disease or defects of the Fallopian Tube, PCOD (Polycystic Ovarian Disorder) ovulatory dysfunction, and hormonal imbalances such as immunological factors, hypothyroidism, sexual dysfunction and congenital abnormalities. The case of PCOD accounts for almost 40%.
Further, a study of PCOS Society depicts that 1 in every 10 females of reproductive age in India has PCOS or Polycystic Ovary Syndrome. Diagnosis says that six out of every ten women are teenagers. The medical reports deliver that women with PCOS generally have higher insulin levels. They experience amenorrhea (irregular periods), scanty or heavy bleeding during menstruation. Women with PCOS can develop cysts due to untimely release of ovaries. Hypertension, depression, anxiety, high cholesterol, heart attack, sleep apnea, breast and ovarian cancer, endometrial and diabetes are the associated health complications of PCOS. Premature delivery, miscarriage and gestational diabetes are higher among the women with PCOS.
AIIMS has portrayed that around 20-25% of Indian women of birth-giving age have PCOS. About 60% of PCOS affected females are obese, and 35-50% is the victims of fatty liver. As per a study conducted in Maharashtra and South India, PCOS generality was 22.5% and 9.13% respectively.
The cures:
Women with PCOS can have infertility. Fertility drugs are administered for aiding ovulation. Chicken, tofu, and fish like salmon rich in omega-3 fatty acids that are sources of lean protein, high fiber foods for combating insulin resistance via slowing down of the digestion and lessening the impact of sugar on the women’s blood, are quite beneficial for curbing PCOS. The patients are suggested to consume lentils, beans, spinach, red and green peppers, red leaf lettuce, broccoli, sprouts, cauliflower, almonds, walnuts, tomatoes, olive oil, fruits like strawberries and blueberries. A little change in lifestyles like staying away from alcohol and cigarette, some exercises like jogging, brisk walk, free hands, running, swimming, dancing, etc., having five-six small meals instead of three big meals, proper sleep, and stress-free environment can be useful in decreasing the issues.
Women must take steps to lose weight. Doctors often prescribe drugs like insulin sensitizers and boost the insulin insensitivity. In some cases, laparoscopic or keyhole surgery is done for checking the tubes and womb. Laparoscopic drilling of the cysts is also done for improving the hormones and help in attaining pregnancy. Doctors advise the women in 30s and 40s to remain aware of the PCOS as they are more prone to diabetes and later to uterus cancer. Periods must regularly be brought with the help of medicines if they don’t occur at regular intervals on their own. With PCOS, hyperplasia and subsequent cancer can be checked.
If any confusion arises or women notice any symptom of PCOS, Don’t delay to consult a reputed doctor.

Discuss Your Problems Here !
Your Identity Is Safe With Us.